AEPHANEMER, “Today we are alive, but in a few years we will be gone” 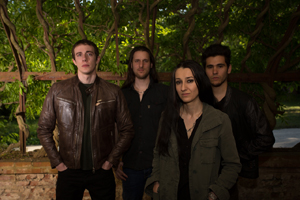 A very personal debut with a pretty uncommon musical view. But AEPHANEMER from France came up with a really really good release. That was a good chance to ask few questions to Martin Hamiche, the founder of this project. (leggila qui in Italiano).

MH: Greetings to the whole band from METALHEAD.IT team. Congratulation for the great debut. It doesn’t happen so often to hear a fresh and new sound, and also very well definte from the first album…
Martin: Thank you! Well I think it is very important to compose fresh and new music indeed, and we’re really satisfied of what we did with “Memento Mori”! Of course we know that this is a bit subjective and some people will disagree with us (and with you), but we have no problem with that (laughs, editor’s note). 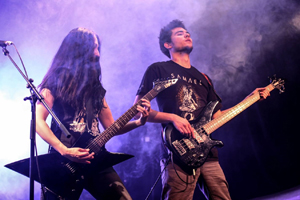 MH: your work appears pretty taken care of, down to the details, including the cover. The cover is indeed very beautiful and suggestive. How is it connected to the album?
Martin: The theme of the album is “Memento Mori”, which is a latin expression which means “Remember that you have to die”. We wanted a cover which represent the idea that we are living in a world where life and death coexist, so we wanted to respect a balance between living/colorful and folded/bleak vegetation. At first sight this artwork may look joyful but I think it’s actually more balanced than that and it becomes obvious after a short observation.

MH: Let’s talk about the music. Can we talk about a concept or each track lives a life of its own?
Martin: All the tracks are related to the “Memento Mori” theme, and together they form a kind of journey through the mourning process and what happens next. I wouldn’t say that “Memento Mori” is a concept album though, since we are not following a particular character point of view.

MH: how are the tracks written? Is there one single mind or is it more a team work?
Martin: Well I composed the songs, and Marion wrote the lyrics. That’s pretty simple (laughs, editor’s note) 

MH: When I listened to the album for the first time, I noticed some reference to other bands, here and there, but never a clearly oriented inspiration, maybe just few melodic Scandinavian bands only. It’s indeed an album with strong personality but that sets the Folk as an essential element. Am I wrong on this?
Martin: You’re right! When it comes to the music my main influences are indeed Scandinavian bands, but I also appreciate a lot traditional folk music and I think it can be heard in several songs! “Hellebore”, “The Call Of The Wild”, “Crows” have a folk vibe that I really like (laughs, editor’s note). 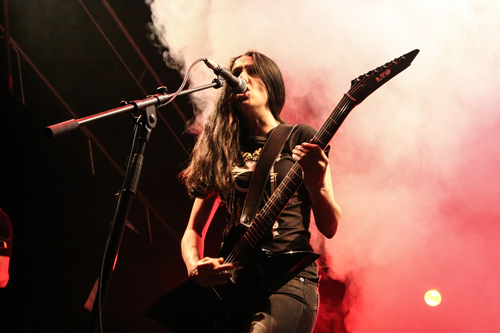 MH: In the last few years the female growling voices became the main component of some successful bands. Was it your idea from the beginning to have a front-woman or did everything happen by chance?
Martin: After the release of “Know Thyself” in 2014, I realized that I needed a female glowler to create the music I had in mind. I have been lucky to meet Marion a few months after that and it worked well (laughs, editor’s note)

MH: What about the moniker? Can you explain it?
Martin: Of course, “Aephanemer” is a merge between two French words : “fânée” (folded) and “éphémère” (ephemeral). These are two words related to the autumn season that I particularly like!

MH: I asked that because associating your name with the album title, it seemed to me that you wanted to remark how fast death might approach and, consequently, how ephemeral our lives are, and the fact we all briefly exist here, maybe in the hands of some higher being playing with our existences. What’s your idea?
Martin: That is exactly the purpose of this album! Today we are alive, but in a few years we will be gone, all the people we know will be gone, and most of what is around us will be as well. We live in a perishable world and our life is short, but this is not a sad thing! We still have enough time to live happily and do what we really want to do. We just need to question ourselves about our current life to identify what makes us feel happy and what doesn’t. 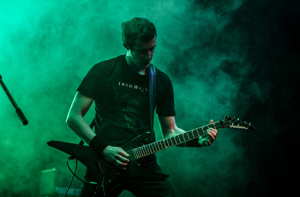 MH: Is the live side of the band an important thing for you? What about the future live projects?
Martin: Of course! We love playing live and we aim to do it as much as possible. We are currently sending submissions to several metal festivals, and we hope to have good opportunities!

MH: Thanking you for the time, I let you saying the final words, greeting the readers…
Martin: Thank you for reading! Our new album will be released on September 16th. If you like Scandinavian melodic death Metal or more generally melodic metal, you won’t waste your time with it! 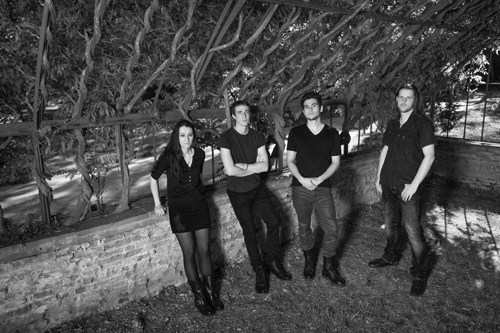