FAITHFUL DARKNESS, “…a band should be able to play whatever style it likes…” 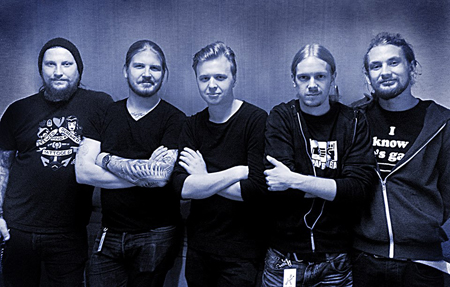 It turned out to be a pleasant surprise listening to “Archgod”, the third album of Faithful Darkness from Sweden. A band that knows how to give new life to melodic death metal, that lately sounded pretty static. I had the pleasure to ask few questions to Erik Nilsson (Vocals)… (leggi anche in Italiano)

Hi there! First of all I want to congratulate with you for “Archgod”; I think it’s work with a lot of artistic maturity, with a great balance between brutality and melodic parts. What do you expect from this album?

Hi METALHEAD.IT! Thank you so much for your very nice review, we’re glad you appreciate the album. Well, I’ll try to be humble and say that I hope that I can expect some recognition for all the hard work we’ve put into it. It wasn’t super stressful, put we wanted to record an album to follow up our previous album, you know, to stay relevant. Today, with so much good bands coming and going, you have to work harder to stay relevant, cause maybe a few hardcore fans will stay patient and wait for a new album. But most people will just find a new band and move on. So, I hope that people like yourself did, will appreciate the album and enjoy it. We’re really pleased with it.

Your sound includes several styles: from thrash to melodic death, to electronic; any artist that influenced you during your career?

Well, personally I’ll have to say Björn from Soilwork, Thomas from At the Gates, Mikeal from Dark Tranquility and Mikeal from Opeth. Especially Thomas and Mikeal (the Dark Tranquility one) since they also write lyrics with meaning, and really feel that the words add a dimension to a song. Speaking of that! Warrel Dane from Nevermore is a genius! And Nergal from Behemoth… I listen to a lot of music, and since I have the musical talent of a beaver, I’ve always appreciated really good lyrics, cause I can relate to that in the same way I think really good musicians can relate to scales, harmonies and all of that. Overall, bands like In Flames and At the Gates have had a huge impact on us in the band. I don’t think that electronic elements in metal is a bad thing, even though it’s cool when bands like At the Gates just go up on stage and do their stuff, without loads of backtracks. The guitar player, Johan, who’ve written most of the album is a huge fan of Dimmu Borgir, and I think that comes across as well.

How is a song of yours created? Each one creates something and then you assembly parts or is it coming from jam sessions?

Well, I don’t think we’ve ever jammed ever! It’s just not for. I think the music might be a bit to static to really work for jamming. I have friends that do jazz and blues, where the music is more open for jamming. I don’t know if metal bands normally jam, especially now when we live in the digital age. It’s just so easy today to present a whole concept of song, instead of just a riff here and there. I mean, it’s a lot easier to write something on your computer, and then maybe alter it after rehearsing it. I guess you could say that we’re to lazy to jam…

Why Jimmy Persson (ex Soilwork) left? What will change in the band now? He was a founding member of Faithful Darkness and also famous because of Soilwork. And what was Jonathan Thorpenberg contribute in “Archgod” songwriting?

He left as he wanted different things out of is musicianship. Jimmy loves to sit in front of the computer, composing, mixing, mastering, and that whole aspect of music making. And we want to do live shows, extensively. We did a small European tour that spring Jimmy quit, he hated most of it; the traveling, the sleeping bags, the partying. As I said, he just wanted something different out it. Now we’re more “on the same page”. We want the same, willing to contribute in the same way, we share the same taste of music more or less. Jonathan contributed with a lot! That man is just song a cool and a amazing guitarist. If you check out this video you’ll be able to see more of his potential! For this album he joined a few months before we went into the studio, so he, as songwriter didn’t get to contribute as much, but he definitely will on the next album. 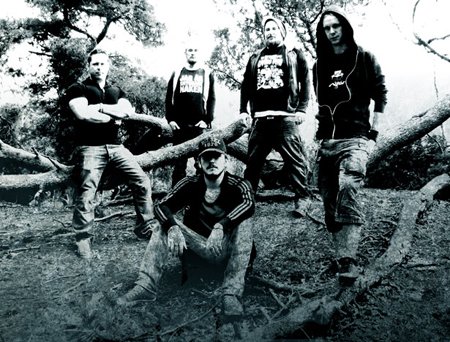 I really liked “Banished”, with that mid epic part, and The End Of It All” in which I hear doom sounds getting close to your style. Will you explore any further these styles or will you continue exploring several other influences?

I think that we sure will do that. I loved the fact we strecht or spectrum. Cause today people listens to all kinds of metal, us included, and a band should be able to play whatever style it likes, and it shouldn’t be weird that you have a symphonic black metal song on an album like ours. Due to the fact that both Johan and Jonathan (guitars, editor’s note) are such amazing musicians, and want to challenge themselves, I can almost promise that we will explore more of these kind of styles.

Any “Archgod” live promotion ahead? When will you play in Italy?

We’re having a release gig here in Sweden on December 3rd. And yes, we’re planning to do a smaller European tour for spring. Nothing is fully booked, but we’ve reached out to agents and venues trying to sort something out. About playing in Italy, we’d LOVE TO GO BACK TO ITALY!!! We’ve done one show there so far, and everything was just amazing! I’d love to do an Italian tour! I actually lived in Italy for a year, and really miss it sometimes. So yes, Italian gigs will come!

Ok, thanks for the time. I leave it to you, please salute fans and METALHEAD.IT readers out there…

Thanks for your time, and thanks everyone who read this! I hope to see you all in Italy soon enough!