GOATCRAFT, “I’m a Nihilist, which is an extreme form of realism” 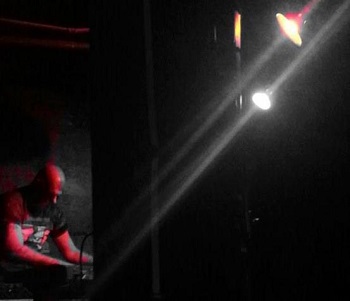 A debut album with only an electric piano: I believe it’s pretty brave. How did you get the idea to record an album like that, without other instruments or overdubs?
Thank you for the interview metalhead.it! It means a lot!
I embarked on the Goatcraft project after having my hands get wet in metal. I eventually came to the result of wanting to express my feelings on piano more than in a metal band. I think the music itself has enough elements just in the piano to not warrant any other instrument or vocals. The listeners will judge for themselves. It’s not for everyone. Those wanting a ‘shredding’ guitars will be disappointed with it, while those that are keen to neoclassical sounds will enjoy my take on it.

What kind of reaction did you get for “All for Naught”?
So far, the album has just been released. As expected, those from a classical music background enjoy it, while those wanting brutal death metal and nothing else will thoroughly hate it. I think this is just the beginning for the project. There are many more things that I want to do. Without going into detail, I want to take the project further, while keeping the spirit of metal alive in piano.

Is is true you have some 500 tracks, or that you started from those to record “All for Naught”?
I have a bad problem of playing off-the-cuff. I’d rather write music than play it, if that makes sense? I’d go home from work, lay down some new songs/ideas, then add them to the archives. There is a plethora of material I can tap for future compositions, however, I look forward and not behind. I think I can improve myself all of the time. The ‘All For Naught’ album showed the piano pieces that I was most proud of at that time. 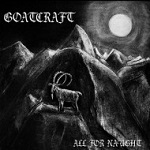 Zvs of Plutonian Shore did a great job with that artwork. What is the idea behind this concept?
Originally, Goatcraft had a rather ‘blasphemous’ aesthetic. Forbidden Records and I discussed how it should properly be displayed, and our compromise is the result on the album. It’s a goat standing on a mountain. Alone. Isolated against the elements. It is 100% suiting. Zvs outdid himself with it. I’m glad to have him as a friend.

In the booklet you quote Celine, Nietzsche, Heiddeger, Marco Aurelio, Cioran and Ernest Becker. What pushed you toward quoting their words?
I’m a Nihilist, which is an extreme form of realism. Since I didn’t have lyrics to base anything off of, I thought it’d be suiting to put thoughts from philosophers that I agree with. Some people may get it, some may think it’s rubbish, and some might not even look at it. It’s there for a specific reason.

Thanks for your kindness. If you want say something to Metalhead.it readers.
Thank you for taking the time to interview me. I want to extend my gratitude to your Italian readers. If they like piano, they might like Goatcraft.
Cheers from Texas, USA!

(Alberto Vitale, thanks to Luca Zakk)