HANS VAN EVEN, “I like so many styles that for me music is universal” 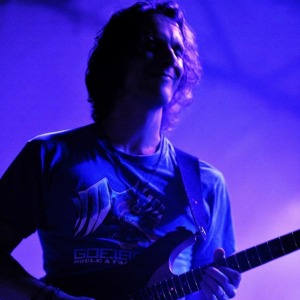 Just for one time, our ‘defender of the faith’ Renato doesn’t have an interview a die hard metal artist but a polished Belgian guitarist, Hans van Even, who just published his debut solo album “Stardust Requiem”. Enjoy reading!

Hi Hans, thank you very much for this interview! Would you like to present your music and your activities to the Italian readers?

Hi Renato, thanks to you and Metalhead.it for the invitation!

My main job is of course playing guitar, composing and teaching, but I also have a part time design job where I do guitar & music software graphics designs.

I started playing guitar when I was 12 after listening to and Alvin Lee, Jimi Hendrix & Jimmy Page performances and since my 14 I knew I wanted to make a living out of music and decided to study classical music at RIKSO and afterwards jazz music in Jazz Studio in Belgium and have since spent my time playing in jazz-fusion, metal, blues rock bands. For some reason I’ve always had a strong attraction to virtuoso music, ranging from classic to jazz and metal, and was quite impressed by players like Yngwie Malmsteen and Tony Macalpine when I was young. I’ve always wanted to do a solo album covering all my influences but wasn’t happy with the results and demo CD’s back then, especially composition wise, hence the long wait before I decided to do the CD “Stardust Requiem”.

“Stardust Requiem” is a magnificent album, but it crosses many different musical genres… why do you think that a metal listener could find it interesting?

“smile” … actually I like so many styles that for me music is universal, I never managed to listen just to just one style of music, same for playing. When I started recording the CD a few years back, I was indeed afraid to put so many styles in one CD, fortunately my wife and friends encouraged me to do so as it reflected the way I live my music, so the idea of the CD was born. When I released the CD earlier this year the promotion part was another issue as most magazines and even online stores want to put your CD in one style which obviously wasn’t possible with this release. I first started sending the CD to guitar magazines until a good friend Adrian Weiss (who’s an awesome German guitar player) helped me on the promotion side and suggested me to send it to metal magazines as well, which was a fantastic idea and I’m very grateful by the open minded spirit of metal magazines like yours as the reaction was very positive.

My favourite tracks are the title track and “From the Stars”… would you tell me something more about them?

The title track of the CD “Stardust Requiem” came after listening to a song called Pyrrhic Victoria from Joe Satriani, while the theme and vibe of both songs are quite different, I liked the way the orchestral parts entered the song on the chorus so the main theme of Stardust Requiem was born. This also gave me the idea of the name of CD. At some part in life you ask yourself questions about where we come from where are we are going to … so the CD really reflects the way I’ve been thinking of life, you can see it as a cycle of life beginning with “Angeli Ex Galaxia” and ending with “Farewell” with the magnificent & cosmic “wind of guitars” at the end of the CD from composer and friend Garlo, so it’s much more than just a guitar album, it’s something I had to do, my meditation of life.

And what about “Hans’ Blues”? I read in the booklet that eight (!) guitarists are involved in it…

Yes you’re right there are 8 guitar solos and one synth solo, this is the jam part of the CD just having fun with friends. It’s a long one, but I’m very happy how it turned out, more like having a good jam with friends on Saturday eve.

Is the Ewena of “Song for Ewena” your daughter, isn’t she? I find really lovely this dedication!

Yes, Ewena is my youngest daughter, and one day on vacation when she was 1 year old, I had the chance to record a few minutes when she was really having fun and composed the rest of the song the same week when I put all those funny voices on top of the song it was really something special. Today this song is of course her favourite track of the CD ;)

In the booklet you mention many famous guitarists as source of inspiration… but who are the ones that you most appreciate?

This is a hard one … if I have to put a few on top of my list then those are certainly : Jimmy Page, Tony MacAlpine, Pat Metheny, Jeff Beck, Jimi Hendrix & Allan Hodsworth … but again, I think my music is really reflected by the many influences, I really like a lot of music from different styles, as long as it touches me it’s ok for me so the reason mentioning so many artists.

I also read on your Internet site that you are planning some live shows… have you already organized the first dates?

We’re currently sending out press kits and looking for gigs and with my HVE Group (Christine Lanusse – bass, Xavier Richard – Drums & Olivier Sousbie – keys), no dates announced yet and it’s not easy to find gigs in this register today but we’re hoping to start doing some gigs next year.

And what about your future plans? Will you produce a sequel to “Stardust Requiem”?

It will be hard to do a follow up on Stardust Requiem, but I’m of course working on new compositions, but it may be a little different this time, still eclectic but probably a little more modern exploring other musical horizons.

I leave you as usual the end of this interview… thank you again and see you soon!

Thank you so much Renato for the interview and giving artists like me the chance to express ourselves, and thanks a lot to all the Metalhead.it readers for the interest in my music, hope to be back in the future with some more news. Rock on! Hans Van Even