KAYSER, “… growth has resulted in maturity.” 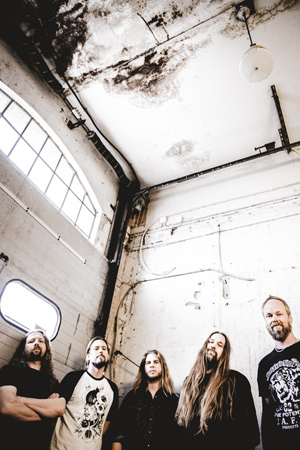 The band Kayser from Sweden doesn’t miss a beat. They’re among the few bands in the world that can say something original, while offering a pretty rooted sound like thrash metal. Their fourth work titled “IV Beyond The Reef Of Sanity”, shows a further technical/song writing growth giving the band the chance to improve while being coherent with their style. It’s a honor discussing this with Swaney (guitars) and Spice (lead vocals)!  (leggila in Italiano)

MH:Hi! First of all congratulations for your new “IV Beyond The Reef Of Sanity”, an album I liked so much since your skill in binding furious thrash assaults with very efficient melodies; Indeed on my review I claimed that Metallica shall sound like this if they never took the commercial way from the black album on. How is it rated by your fans up to now?

Swaney: Thank you very much for your kind words. I’m happy to hear that the album sits really well with you. The general impression is that the album is well received and that people get the idea of what we’ve tried to accomplish.

MH:All the album sounds very organic compared to the previous ones, giving the feeling that the cohesiveness between you guys got stronger with time. How much is this music influenced by every single band member?

Swaney: For sure we grow as musicians and this also of course affects the interaction between the five of us in a positive way. If I try to analyze it a bit I could say that the growth has resulted in maturity. We know each other very well and what to expect musically from each other which is a strength since that makes it possible to develop even further. The songwriting falls back on Spice, myself and Jokke). Then the songs get coloured by the individual approach from each member and that’s a big part of KAYSER’s unique sound.

MH:You are on a deep thrash rood, but your sound is more and more variegated and eclectic, album after album. What are the new influences you absorbed during these years?

Swaney: Fact is that the influences haven’t changed. We don’t really listen to contemporary bands. Speaking for myself, I’m a huge fan of music but I tend to stick to the good old stuff you know. If I pick up new bands they’re really from back in the day, but new to me. For example I just got hold of Crimson Glory. A band that I haven’t listened to in the past but their two first albums are great. The same goes for Camel, some really good stuff there. On the album we went for a more melodic approach to some extent and this was because the songs needed it. The melodies were incorporated in the songs. Spice just let them out in his vocal lines.

MH:I mostly got impressed by the long and articulate “The Silent Serenade”, a pretty weird track compared to your standard, yet still uniquely Kayser styled. Is it an isolated experiment or do you plan to go toward that style?

Spice: The song was from the beginning 3 songs I had worked on. Plus a Black Sabbath-ish intro. I have always wanted to do what Captain Beyond did on their debut album. The flow of music put together with themes that comes back throughout the songs. So I took the best pieces from those 3 songs and tried to sew them together. It took a while to figure it out where and how to make it work. I guess it takes a couple of listenings to get the whole picture of the song.

Swaney: We just let the music flow so we’ll see what we come up with in the future. We don’t tend to plan that much.

MH:Any live dates on the plan to promote “IV Beyond Thee Reef Of Insanity”? IF you do, any chance to see you in Italy?

Swaney: Most hopefully yes. We want to play live as much as possible. It’s been a real bitch though, in hooking up with a booking agency, which we really need. Hopefully that situation will be sorted out very soon so that we can rock beautiful Italy again. If you have any contacts, please feel free to forward KAYSER’s name to them.

MH:We’re at the end. Thanks a lot for the time. It’s a pleasure to interview one of my favorite bands ever! Close this the way you like, maybe saluting your fans and METALHEAD.IT readers..

Swaney: Thank you very much for your kind words and for the support of KAYSER. Hope to see you soon on tour – festivals. Horns up to our fans in Italy! Spread the word! 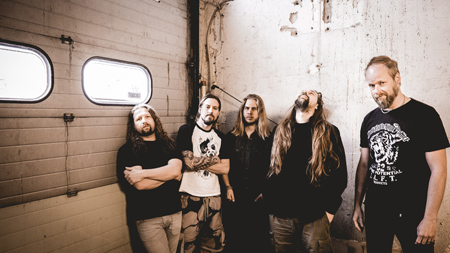