KVITY ZNEDOLENYKH BEREHIV, “mine is a one-man-band drawing inspiration from the atmospheric side of extreme doom metal” 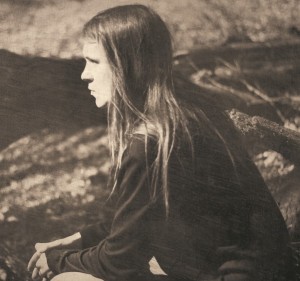 Something special, today, comes on MetalHead.it. First of all, we have an interview with a still unknown in Italy Ukrainian artist, Dmytro Pryymak, describing us his project Kvity Znedolenykh Berehiv. But we also talk about war in Ukraine, the very political problem of these days. Enjoy the reading! (versione italiana)
Hi Dmytro, thank you so much for this interview! So, how are the things going in Ukraine? Live you near to the war zone?

Hello Renato, thank you so much for this opportunity! The things have not been going well in Ukraine for quite a long time already. I live in Kyiv, which is quite far from the Eastern regions. However, for me, foreign invasion makes the entire country a war zone, even if this war remains undeclared, and even if some people live quite far from the very epicenter of events. That started in Crimea, then came to the Eastern regions, and probably will try to spread further across the entire country. The life of people in those regions where invaders have not yet stepped remains the same as it had been before those events started. The only difference is that everyone is trying to somehow help the armed forces defending Ukraine against its neighbour on the Eastern frontiers: with money, food products, medicaments, protective equipment, and so on.

As musician and as Ukrainian, do you want to share with us your opinion about this situation?

In my opinion, the situation is too obvious to say anything about it. The problem is that Europe is continuing its appeasement policy, just as in the 1930’s, and my country has become a small coin in the geopolitical interests of Russia and the West. I guess that this situation only proves once again that we, Ukrainians, can only rely upon ourselves, and shouldn’t seek any allies either on the East or on the West. Those who support Russia’s aggression against our country or believe it not to be worth any attention should recall how WWII started and what consequences it had. Georgia was left alone to struggle against the aggressor in 2008, now it’s Ukraine’s turn, and who knows who will be next? Finally, for all those who have any doubt, Crimea is and will always be part of Ukraine, and invaders will be expelled from our country.

Ok, let’s talk of your musical project now, its start and its evolution… its title is very hard to pronounce for an Italian!

Indeed, the title is rather hard to pronounce for foreigners, especially taking into account that it is written in Cyrillic: Квіти Знедолених Берегів (which can be transliterated as Kvity Znedolenykh Berehiv). The band’s name means The Flowers of Crestfallen Shores in English. I believe that people who like the music will easily learn the name, or will shortly refer to it, for instance, by the first word. All lyrics are in Ukrainian, just as the band’s name. I started this project in the late 2013, when “Za nebokray mriy” was recorded. As of today, this is the band’s only release (which came into the world in July 2014). Kvity Znedolenykh Berehiv is a one-man-band drawing inspiration from the atmospheric side of extreme doom metal.

And what about the two songs on the ep? Can you describe them for our readers? Both are approximately 10 minutes long, is it only a coincidence?

The length of those tracks is rather typical when speaking of atmospheric doom, so I would say it is not a coincidence, but rather the eternal fitness of things. The first song is called “U obiymakh (Tykhi vody)” (which can be translated as “In Embrace (Quiet Waters)”), and the second song’s name is “Yakby zori…” (“If the Stars…”). I can’t describe them in some great detail, or compare with some other bands’ works, in my opinion, the listener will be able to draw his or her own conclusions regarding the music upon listening to it, so I leave this to your readers, and hope they will find something that would touch them in my music.

Do you think at your band as a ‘simple’ studio project, or would you like to play your music live?

As of today, Kvity Znedolenykh Berehiv is only a studio project, and I wouldn’t like to anyhow change the format. However, if there are chances to find the entire line-up and play live, I will gladly consider this opportunity. Nevertheless, the format of studio work will definitely remain the same.

What can you tell me about the Ukrainian metal-scene? I usually listen to ‘non-extreme’ metal, but I know that many extreme acts come from your country…

There are indeed many extreme metal acts coming from Ukraine, just as, for instance, from Italy, but everything depends on your personal preferences. Those Ukrainian bands that I like have long sunken into oblivion. If we speak about the contemporary Ukrainian metal scene, I would probably mark out Embrace of Silence, a decent old school death/doom metal band from Izmayil which could be interesting for those who like the early-era British classics.

What are your future plans now? Are you already planning something new?

In the first turn, the band’s official website will be launched in the near future (http://uakvity.com), and all news about the project will be updated there. Next, I am currently seeking a label for the band. Meanwhile, I will continue working on the material for the debut album. However, in the long run, everything will depend on the situation in my country, as there are some things that stand above all.

Thank you very much for your time, I leave you as usual the end of the interview. See you soon!

I would like to thank you and MetalHead.it once again for this great opportunity to be interviewed. I hope that your readers will like the music of Kvity Znedolenykh Berehiv. I wish everyone of you all the best!