METAPRISM, “the melodic side is perhaps what we all share in common more so” 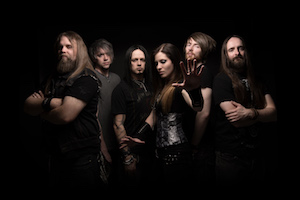 Conversation with Ollie Roberts, one of the two guitarists of Metaprism, a melodic metal band from Bournemouth, England. The last album of the band is named “Catalyst to Awakening” and was released at the end of January. In the same month Metaprism have also toured with two important metal bands. Well, how to start an interview with an english man? With the football, of course!
(versione italiana)

MH: First very important question: have you had a trial for the Reading Football Club? Is it true?
OR: Well that is a question I don’t get asked very often! Yes it is true, when I was 14, so it was certainly a few years ago now. I still enjoy football, but I don’t really play much anymore.

MH: The album “The Human Encryption” in 2015 and the album “Catalyst to Awakening” (reviewd here, ndr) in 2018: which are the main differences between the two releases?
OR: “Catalyst to Awakening” is really a natural progression from the first album. It has many of the similar elements in that it has lots of riffs, melodic solos and big catchy choruses…but just has more or everything I think and perhaps a wider range. It is definitely overall heavier and sound wise is a lot stronger.

MH: How important is the twin vocal attack in your music? Do you think is it an important element on Metaprism music or just a part of it?
OR: I would say all the elements of the music are important for the Metaprism sound, but of course having the twin vocals allows for even more dynamics and also adds a good and different focal point for live performances.

MH: About your music… it’s catchy and power, it’s thrash and melodic, it’s modern and a little bit classic. Do you think this is the right time for this kind of metal? I noticed many bands play this way, like if these last years are a good time to get the best out of the metal music.
OR: To be honest I think it’s just generally the way we write and the influences we have that makes it come out that way. Of course if it appeals to a lot of metalheads then that helps get more people interested to. Like you say there are now a few more bands popping up with a more varied metal approach rather than in specifically one metal genre, so perhaps this is a good time for that and what people are looking for these days… only time will tell!

MH: Is thrash metal the meeting point between all of you?
OR: Not really, although i think everyone enjoys all the elements I would say the melodic side is perhaps what we all share in common more so. The thrash part is probably more Callum (Downing, guitar ndr) and myself. I think it adds a nice bit of aggression and dynamic to the catchy sections. 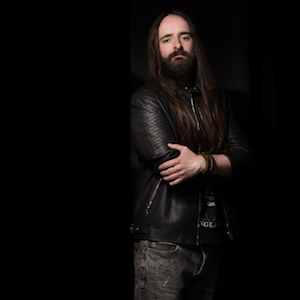 MH: Which is the concept beyond the lyrics and what’s the album title’s meaning?
OR: Theresa was the one who came up with the main lyrical concepts for the album and although each track is different, they are basically based around the different states and opening of our minds.

MH: “Catalyst to Awakening” is set to be released by Graviton Music Services. How important is the label to release an album and why?
OR: It’s really nice to have the support when releasing an album as it is a lot of hard work and a lot of money, so some pressures can be taken off, allows you to maybe distribute further than you could on your own and if working together properly both sides can benefit. Is a label massively important these days? perhaps not and certainly its not the same these days for up and coming bands, but that being said i think it also depends on the deal and the people involved. Graviton have been excellent to work with so far and we are definitely working on the same side to hopefully push forward which is good.

MH: In January Metaprism toured with Iced Earth and Freedom Call: how was the impact with the fans of these two bands?
OR: I think it went really well and we seemed to gain a lot more fans from the experience which was great. The lineup of the 3 bands definitely brought a little diversity of metal genres, but I think it worked well and helped us play for people who might not have heard of us or even ordinarily have come to see our type of music. The whole experience was very good, so hopefully we can do that again!

MH: What can you say about the health of metal music in England today?
OR: There are definitely some good underground bands around which shows that metal is alive, but i think perhaps the opportunities for these bands to rise are becoming harder to come by. A lot of venues seem to have shut down over the last few years which also doesn’t help, but we still have a few things like Bloodstock Open Air festival that flies the flag of metal and does help to give smaller bands a bigger platform to play on. I guess like anywhere as well, some metals genres are also a bit more popular than others.

MH: Thanks. Please, leave a message to our readers and italian metalheads…
OR: For everyone who has seen us live, bought our CD, reviewed/interviewed us, thank you very much for your support ….and anyone who hasn’t heard of us yet please check out our music and come join us on social media (here you go, ndr). Thanks for the interview.