SHIVERBURN, “It’s also a way of relaxation for us to write music! 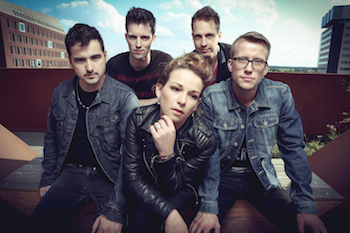 Cool guys, wanting to do a lot of things, including living out of their music. This is their credo, as they claimed on the official biography (HERE), and it also is what Erwin Jongenelen (picture below), one of the two axe men, is saying here. I have been following Shiverburn for at least one year and I finally managed to talk to Erwin, one member of this dutch hard rock band. (versione italiana)

How was the Rock im Hof* in Germany?
(* the band plaied there the 6/7/16)
Rock Im Hof was fantastic! We drove like 8 – 9 hours in one day by ourselves, which was a bit tough but it was absolutely worth it! The enthusiasm of the crowd was great and also the festival was well organized. We really enjoyed playing at the Rock im Hof festival in Germany.

When I wrote about your music I emphasized the fact that you know how to write songs. Today many people make music, but just a few know how to write songs. In your album “Road to Somewhere” this aspect is clear.
Thank you very much! We all got experience on writing music because of previous bands and projects. Two of us are actually schooled musicians. At rehearsals or at home we write our songs before entering the studio. At the studio we also got a producer on our side who helps tweaking the songs to increase catchiness. It’s also a way of relaxation for us to write music!

Your sound reminds me a bit of the AOR, but you play in a more fresh and timely manner.
We are inspired by American bands like Nickelback, Alterbridge and Halestorm. We aim to reach as many people as possible with a combination of heavy riffs and catchy melodies. 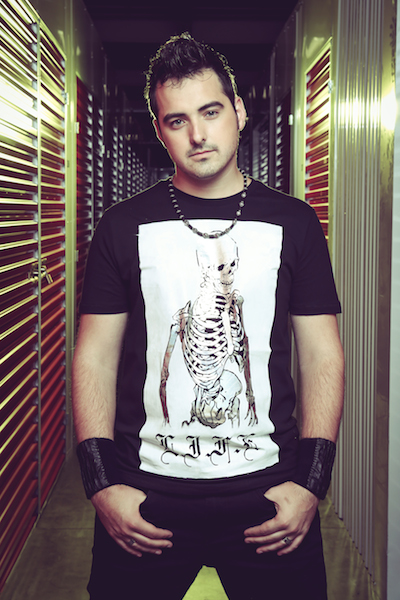 Returning to speak about the live: you guys played in many different places and also in Italy (in October 2015 with Soen and Lizzard), but where do you think your sound has received good feedbacks from the public?
We had a great time touring with Soen and Lizzard through Europe! In general we received great feedbacks from all places we went. We think our sound has received the best feedback in Germany, Switzerland, Italy and the United Kingdom.

What did you cause troubles on the road? I can imagine the positive sides, but what does create difficulties instead?
The upsides take the overhand mostly. We can’t complain, shows are great and we’ve traveled to beautiful places. Last April we went to London for a show. We took the ferry to Dover. We were standing in line at customs when suddenly our drummer Luigi remembered he forgot his passport, which of course could cause lots of difficulties. Luckily the man at customs was in a good mood and let us pass (thank god).

How much of you is in your lyrics? I mean the way you think, your view of the world, your dreams, your desires …
Most of the lyrics are autobiographical. It’s written in the way Sanne sees things and the way she feels. So, the lyrics are very personal.

Do you have new material? Your album is recent, but do you already work on new songs?
During and after the release of Road To Somewhere we’ve been busy promoting the new album. Now most of the promotion work has been done we’ve planned to start working on some new material for the next album. We got some lyrics and guitar riffs ready to be used. In August we will start writing new songs. However, recording a new album isn’t on our planning yet and may even take a while, but will certainly happen in the future.

Thank you for your availability. I’ll let you conclude, if you want to add more.
A big thank you to all readers of Metalhead.it! Check out our new album Road To Somewhere which is available on Spotify, iTunes, Deezer and all that good stuff… You can also purchase your copy in our webshop. Follow us on Facebook and Twitter! Last but not least we like to thank Metalhead.it for the pleasant interview and great reviews! Thanks for having us.