SHRINE OF INSANABILIS, “…there is a deep darkness which one should fear” 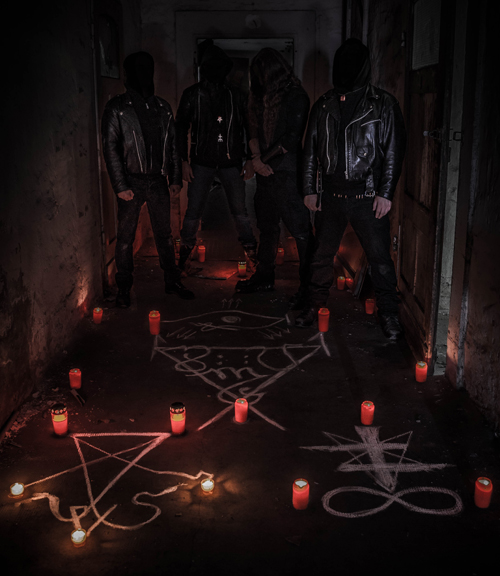 With a debut album that shows an extraordinary musical maturity, let’s better understand what’s behind the sound offered by the german band…. ladies and gentlemen, Shrine Of Insanabilis…  (leggilo in italiano)

MH: I start this congratulating for a truly fantastic debut. There are few examples around, that I remember of, of such a complete and mature debut. You sound like a band coming from nowhere, starting up with the big bang… Confirming the level of maturity of your album, I’d like to know when you started to work on this project, and how long you’ve been on it.
SOI: Thank you, it was our intention to have a fully grown album upon release. It is a pleasure to hear that our work leaves such feelings with you. It shows that we found the right path to express ourselves. It is hard to tell when it all began. We started recording this album about 2 years ago. Some songs were born for and during the recordings of this album while others are more than 5 years old.

MH: Is there a sole composing brain, or is it a team work?
SOI: Everyone contributes his part until a song is finished. Without that the songs wouldn’t be what they end up being.

MH: When I first listened to “Disciples of The Void”, Watain came up into my mind, and the feeling is still there. I cannot avoid comparing you to the swedish band, not only for the sound that I’d rate close to “Sworn To The Dark”, but also because I believe that behind you music production there is some kind of credo. Am I wrong? Can you talk about it?
SOI: Our music does indeed express something. It is hard to capture in words in an interview, but briefly put the message is that there is a deep darkness which one should fear. 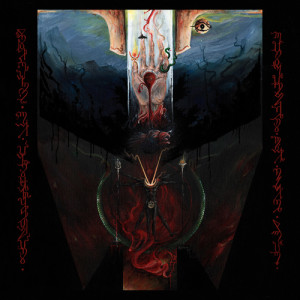 MH: The moniker arises a strong connection to symbology. Both on lyrics and your band image. I cannot deny I am one of those putting a lot of value to the cover of an album, and yours is simply fantastic! Can you reveal its meaning?
SOI: Symbols play an important role throughout the whole album. They can open ways which were not visible before. The cover art also expresses those ideas, but foremost it is about what one can or can’t see in it. One should take it in and experience it for oneself.

MH: The first time I saw the cover, I immediately thought about a similar artwork from a Slovenian band, Death Karma. Indeed behind both these artworks there is David Glomba. Can you explain how did the collaboration with this great artist began?
SOI: David was in contact with us. We are honored that he worked with us on this opus. There was no doubt that he can combine our visions, words and feelings in the artwork. Everyone who takes his time to experience the artwork will see it – give yourself in to the darkness.

MH: For the debut you signed with W.T.C. Records. I find WTC is pretty great label, with several other cool bands in its roster such as Amestigon and Horna, just to name few. How are you doing with WTC? Did you get the freedom you expected?
SOI: WTC supports us fully in doing things our way. We salute them for the support and the opportunities.

MH: The tracks titles themselves are already about temples and disciples. Maybe this question can sound unpleasant. I usually split black metal band in two categories: those “not believing in it” and those “believing in it”. I am not saying that one is better than the other, but the approach is simply different, mostly when playing live. To make an example, this is like comparing the show from Dimmu Borgir to the show of Watain. The former is about the show and offers a pretty commercial exhibition. The latter it’s more like a ritual on stage, and not just a gig. Do you believe in what you write about? I think that this might be the main factor influencing the sound of the band and I guess your answer will be an affirmative. Am I wrong?
SOI: No, you are not wrong. We express things that we stand for and that we believe in. Otherwise there would be no point in doing it. 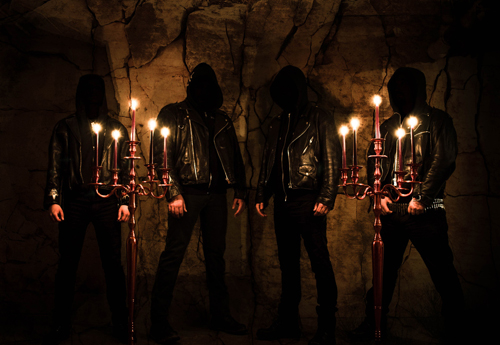 MH: I haven’t had the pleasure to see you live… but what about it? Are you more inspired by the vision of the Norwegian or Swedish bands?
SOI: We won’t choose one over the other. We do not discern by criteria such as countries. Especially visions are not something that can be lectured. They have to be lived on your own.

MH: All this to ask you: what do you think about M.L.O. (Misanthropic Luciferian Order, ndr) and the Liber Azerate (a sort of grimoire about the rise of new deities in the next future, editor’s note)? Do you agree with this vision of the world?
SOI: We know about theses visions and there are aspects that we share in view. But we pursue our own path.

MH: You come from Germany, not a very common ground for black metal. Do you live in a high density population area or maybe in the middle of those endless german forests? Do you feel influenced by your home land?
SOI: Most of us live in the northern black forest. It is a mystical region which surely had its influence on us in one way or the other.

MH:Thank you. Thank you for your time. Please, close this interview, saluting readers, the way you feel.
SOI: Ave Satani 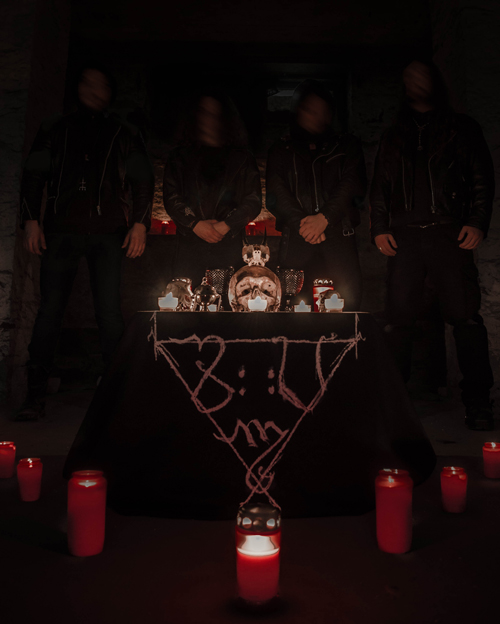