SUPERBUTT, “we weren’t really influenced by anyone but ourselves” 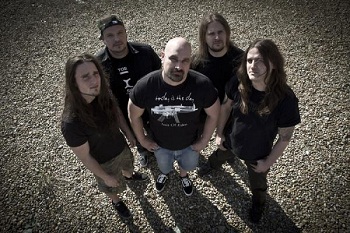 Superbutt are an insane shock wave and nevertheless not immune to melodies with great resounding impact. The first album by the Hungarian band is from 2001 and then concert after concert and other albums, five in total, other releases and video clips, lots, and a sound that has grown throughout the years. “Music For Animals” (reviewed here) is the latest effort, also presented in double cd version on which it is possible to listen to a bunch of songs in their mother tongue. A skilled band, experienced, and still, with a growing reputation, above all due to a good dose of concerts which frontman, Andras and band mates never fall short of, and it’s exactly him our guest for this chat. [versione italiana]

Thanks a lot for this interview, it’s a pleasure to speak with you and I think I’m the first Italian to do it!
Well, maybe not the first one but definitely one of the first few. And needless to say, the pleasure is all mine!

Superbutt exists for over ten years and they have released many albums. I read that you have done over 600 concerts and played in 15 countries. Is Italy included in these? I know that very soon you will come to our country.
Yes, we played two shows as a support to Ignite back in about 2003 in Italy and now, when I’m answering this question, we are already past those two gigs that are hopefully the first of many to follow in the next few years.

In which countries or cities have you found an atmosphere that has struck you positively and who has been the band with which you have best faced these journeys?
Actually, we have a good time everywhere. Of course there are concerts sometimes that are not so good, but overall, we find something cool in every country. We always see great places and meet lots of interesting people, not to mention all the great bands that we had the luck to play together with. I couldn’t even name one or two, because we’ve shared the stage with hundreds of bands over all these years and there are so many good ones, that it would take hours to list them all.

Before speaking about the last album “Music for Animals”, I would like to know which of the previous albums has given you the most gratification?
Our second album, “The Unbeatable Eleven” was the sort of breakthrough for us in our own country, back in 2003 and internationally, I think “You And Your Revolution” from 2009 got the best reviews before “Music for Animals” came out.

To understand what there was in your discography and in “Music for Animals” I searched on youtube and I found several videos. Amongst these I listened to a sound which is very different from this new album. Is “Music for Animals” the heaviest album you have made?
Yes it is. Our line up has changed before we started writing Music For Animals and the new guys have a more metallic approach, but also I became older since we started the band and the darker, heavier music fits more my world these days than 10 years ago.

“Music for Animals” has also been released in a double cd version with some very special unique songs, such as some songs sung in Hungarian and some covers. It seems to me that the Hungarian language fits your sound, but can you tell me why you chose to cover those three songs in particular?
The answer is very easy: in 2010 we played a special gig called the Red Bull Music Clash, where we had to write some covers which are different to our own style. We decided to write our own versions of these 3 and since we enjoyed them quite a lot when we played them live at this special show, we thought it’d be a good idea to record them at studio too. Maybe you can even hear it, but these songs were recorded more than a year before we started the studio works of “Music For Animals”, so they sound a bit differently, but I think that’s OK, because they don’t have more purpose than making the bonus disc of the album more diverse and interesting.

Going back to the videos, it seems that this is something of which you have always taken great care, I saw very professional and artistically valid results.
Thanks! To be perfectly honest, that’s not up to us though. The credit should always go to the directors and editors of the videos, because they are the ones who do a great job and make the short film look great. We only add the music and our ugly faces to the whole thing.

The track “Lust Kills” struck me and the also the video (and not only for the women!). That sound made up of robust but melodic metal, aired with influences from other genres. It reminded me of the much loved Faith No More, in the early days, and also Rage Against The Machine, however, it seems that you are, still today, musically more American than European. What do you think?
Haha, “Lust Kills”! Ancient times… But you know what? I think you’re right: in the beginning we were and in some ways still today we are influenced by the American wave of rock and metal of the 90’s more than the European branches of the genre (from British heavy to Scandinavian black or German or Finnish folk etc.). And although that changes too and in the past few years, we weren’t really influenced by anyone but ourselves, the roots somewhere deep are still there where they have been 10-12 years ago.

You seem like the classic live band. Animals of the stage, passionate musicians who pour energy into the crowd. Is that who you are?
Hopefully. We are trying, you know. And yes, it’s true, we enjoy a lot when we play. Otherwise, we wouldn’t do it.

I thank you for this interview and I hope that you do yourselves proud shaking the Italian kids with your sound. Seeing as they are reading now, leave them a message.
Thanks for reading this, hope to meet you guys very soon! Ci vediamo dopo!

Thanks to Ennio Vitolo and MSA