THE WORLD STATE, “I want to create my own favorite band!” 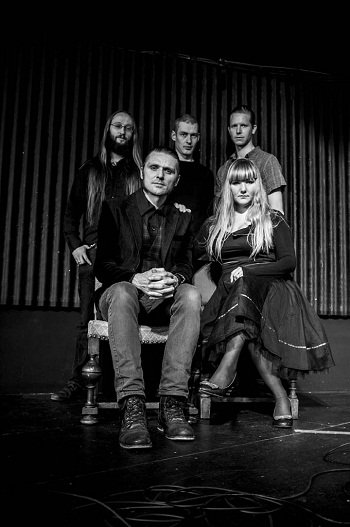 Reviewing “Flier”, the debut EP of the danish band The World State I said: “it is a spontaneous project, new, musically transverse. A project that can be aggressive and consuming, reflective and accusing:  candidly sweet and damn pervert.”. This is something I confirm. Something that still evolves, grows, gets more intense every time I can listen to this great music. So, it is almost unavoidable to look for the chance to ask something to the band, to understand, to know, to see through. Leifur Nielsen, the chief architect of this band that can craft these  sonic suggestive emotions, has kindly answered our questions….(versione italiana)

Hello Leifur. Congratulations with your new “Flier” Ep. It is amazing. Thanks a lot to give me the opportunity to ask you a few questions:
Thank you Luca! We are so happy you like it

Well, tell us about this new project. How did you create it?
To put it short: I want to create my own favorite-band! A place where I have the full control of the development of the music, the concepts, and the sound. This is why I from day one have made it clear to the others that I am the one in charge (…and I pay “the rent”) (laughs, editor’s note). We have a deep respect for each member’s individual strengths, creatively and technical, and there is always room for trying out new things. But in the end I have the last say…

You previously played with January Jaunt. A different style of music, how did you change direction to The World State project?
I didn’t just play there, I was the composer and co-writer of the lyrics too. In many ways it´s not that different from what I do in The World State now, if you look behind this bands indie-rock guitars and lead-singer. In a lot of the songs I wrote for this band, the same dark atmosphere is sneaking around in the music´s many layers. But it´s just not as prevalent as in The World State. In the end January Jaunt unfortunately ended up with four guys, with four very different opinions of where to go with the music, I could not live with this, so I decided to quit. I’m still very proud of most things we did with this band. 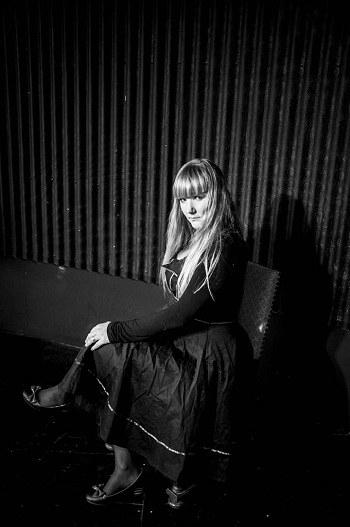 Monika sung for Sirenia in the past. Can you tell us how you met her and dragged her into your new project?
I met Monika back in 2003 (I think) through my, then girlfriend – now wife Signe, and we had been talking for many years of making some music together, and when I started building up The World State´s universe, Monika´s voice just fitted right in to what I heard in my head. And luckily she just loved what she heard!

There are many influences in your sound. Ambient, soundtracks, metal and more. How do you gather inspiration to create your brand of music?
I have been a huge fan of soundtracks and sound-designs for most of my life. When I see a movie for the first time, usually I spend 70% of my focus on the music and the sound-design for the film. I´m really inspired by sounds and atmospheres when I write music. Besides that I have been a huge fanatic of music in general since I was a boy: 60’s/70’s rock and pop mostly, and since 1991 I have been very dedicated to the metal-genre, thou I think most of the new stuff (the last 15 years) is so amazingly boring! Mix all this with the fact that I have a REALLY vivid imaginations when it comes to the art of writing music, and I like to have some good laughs while doing it…

Merging sounds to create a new idea isn’t easy. A melody can change meaning when it’s played with different instruments or styles. How do you see music looking at it from outside the strict genre classification?
I really don´t care at all for genre classifications! That´s just a stupid name for a stupid creativity-killing force that just seem to have grown stronger and stronger for the last two decades. Instead of spending so much time on thinking what is right or wrong to do with that kind of music your band may have chosen to play, you should instead take all those ideas and throw them up in the air, and try to catch them while they land…

Let’s talk about your lyrics…
My lyrics, at most times, are very abstract. Usually they are reflections of the emotions I get while looking at the human race, being so lost in our own omnipotence. Actually I´m a really pleased and happy man myself, but when I write music it just turns out pretty melancholic. What saddens me, I think, is that so many people don´t take their own lives and the world serious. I believe we are all put here for a reason! 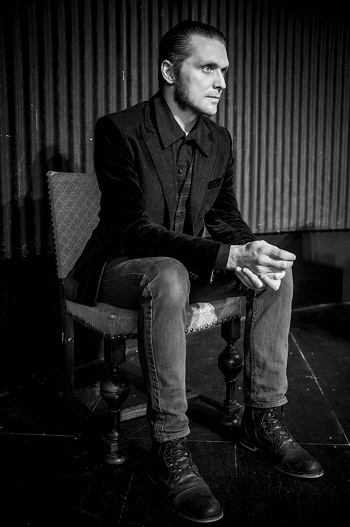 What’s your plan? Create music describing melancholic emotions, sharing a message or celebrating your music creativity?
I hope that our music can inspire people!

On the band information the famous italian composer Ennio Morricone is mentioned. Can you tell us how you rate his music and the relationship you have with his wide production?
If I was to say that I have a God, Ennio Morricone is the one! His amazing music inspires me all the time, and has done so for at least 20 years now.

If you would really write music for a movie, what movie genre or which movie would you love to write music for?
Aaargh… It would be a dream come true, to make a soundtrack for an entire movie! Hopefully it would be a dramatic love story, or a dark horror-movie! Actually I have already made three short soundtracks, done for my really good and talented friend Andreas S. Sorensen´s short-films. The last one, a couple of years ago, was a kids-movie named “The Golden Hummingbird” and featured Monika´s beautiful singing too. It was really good actually, don´t know if it´s to be found on the Internet somewhere…?

Ok, thanks for your time. A message to METALHEAD.IT readers that are about to discover your new sound universe?
Thank you for reading this! Please be patient with us, it takes quite a lot of time to record this kind of music, and we are not made out of money unfortunately (laughs, editor’s note) We hope to come visit you in the not to far away future! AND don´t forget to support Metalhead.it!!