ALGOMA “… these kind of depressing darker lyrics can be cathartic” 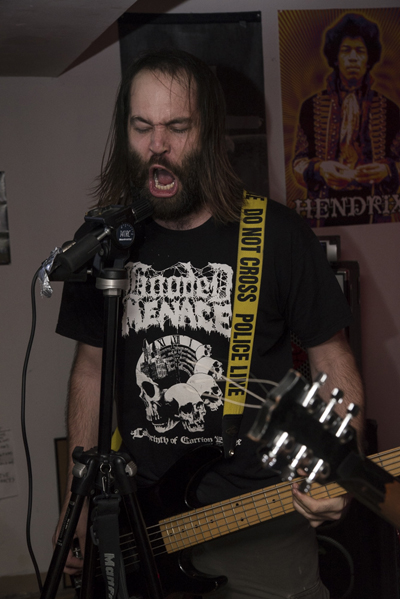 One of the most obscure and disturbing albums out in 2014, “Reclaimed By The Forest” by Algoma surely deserves a special mention. The total rage and desperation feeling generated by this record, both thrilled and floored me. So, it’s a pleasure to have the opportunity to interview Kevin Campbell, singer and bassist of this Canadian band. (leggila in Italiano)

Hello! First of all congratulations for your debut! I think it is very dark and distressing, certainly hard stuff for those not use to this music genre. How are sales going so far?

Hello Matteo, thank you! We are very happy to finally have our debut “Reclaimed by the Forest” full length out! Yeah, we play pretty caustic and disturbing sludge/noise rock. It’s definitely not for the masses. You won’t see any trendy mallcore kids listening to our filth! (laughs, editor’s note). Sales are going really well so far! We’ve had great sales within our local scene, as well as, good sales in the US. We definitely need and want more distribution worldwide, so all the maniacs out there can grab our CD!

In your songs there is that sad mood, mixed with rage, turning into desperation. What inspires you to write such lyrics? Where is the core of this negativity?

I think when it comes to gut wrenching sludge, and slow as fuck doom, happy lyrics just don’t seem to mix. I think with lyrics about sadness, rage and desperation, you can really put a lot of passion and emotion into your writing. There is so much misery in this world that I think a lot of people can relate to it, and I think for some, these kinds of depressing darker lyrics can be cathartic. I think for us, it’s more about artistic expression and telling stories about some obscure depressing topics and weird subject matter. We like to think outside the box!

A distinctive trait in your sound is the union of doom/sludge, the likes of Black Sabbath, Saint Vitus and Eyehategod, with a more extreme approach, noisy section at the pretty close to noise, and some enraged vocals that made me thinking of Godflesh, while the more screamy singing reaches the level of grind core schizophrenia. What other bands did influence you?

Yeah, I personally think we have some unique traits in our brand of Sludge/Doom. We bring in some noise rock and punk influences as well. We are all big fans of the Canadian noise rock band the Kittens, and Shallow North Dakota. Those bands have been a big influence on us, as well as bands like Unsane and Black Flag. I think our 2 biggest influences might be Eyehategod and the Melvins. We are all huge fans of music and have influences that draw from many genres. Our vocal style is pretty much just us screaming our lungs out with no remorse! At the end of the day, we are not a copycat band and always strive to be as original as possible.

You express a pretty strong artistic maturity, so I guess you ain’t new to the business: what other bands did were you member of? Genre?

Thanks! I think we have some artistic maturity too! (laughs, editor’s note) All three of us, myself (bass, vocals), Boyd (guitar, vocals) and Jamie (drums) have played in previous bands. Boyd and I played in a noise rock band together called BeeFMouTH (1997-2001) as well as some short lived punk bands. Jamie has been in some punk bands in the past too, and also has a grunge/punk two piece band called Bad Back where he handles the guitar and vocals, so be sure to check them out! We’ve all been in numerous punk, grind or alternative projects through the years, so being in a band writing, recording, and performing live isn’t really anything new for us.

One cannot miss the wonderful cover, pretty scary and full of horror; who did it and how did you meet him?

Thanks Matteo, we really dig our album cover art as well! We are very happy about it and love how it turned out. Our friend, the mighty Adam Geyer, did the cover art for us. He took the rough ideas I had and just knocked it out of the park! He did an amazing job and we were really impressed! I met Adam Geyer through our mutual friend Jill Girardi (Dead Beat Media). I also met Adam very briefly back in 2008 at a Horror Convention in Ohio. But, in this instance, it was actually my friend Sly from the band Fondlecorpse that recommended I contact Adam about doing the cover art and I’m glad I did because as you can see it turned out great! 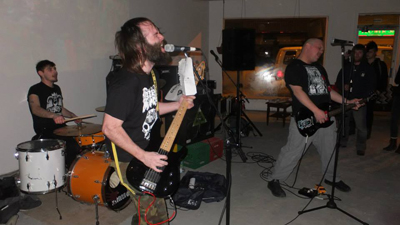 Any live planned? When will we see you on an Italian stage?

We have a lot of upcoming live shows so far this year. We will be playing a show at the end of April with fellow heavy Canadian bands, Biipiigwan (Sludge from Ottawa), Horse Lung (Stoner/Doom from Sudbury) with a local act Pixo Control. We have a show July 4th with Teethmarks (Crossover from Toronto) and our buddies in the local hardcore punk band Destroilet. We are also planning another mini-tour in Canada this summer in late June. We’ll be playing some shows in Toronto, Ottawa and Montreal. Plus a few other shows in Southern Ontario that we are getting set up, so keep your eyes peeled on our facebook page for upcoming news and tour dates! We would love to hit the Italian stage!! A tour through Europe would be great, hopefully someday we can make that happen!!

Thanks a lot for the time. Close this as you wish, with a message for METALHEAD.IT readers and greeting your fans.

Cheers Matteo and thanks so much for the interview. We appreciate the interest! Cheers to all the Metalhead.it readers! And a big thank you to all our fans out there for the support! For those who are interested, you can check us out on our facebook. And anyone that wants a copy of our album can check HERE and HERE. 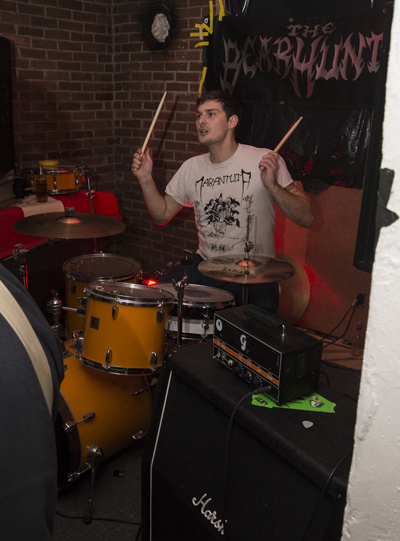