KATATONIA, “Anything great is built upon sorrow” 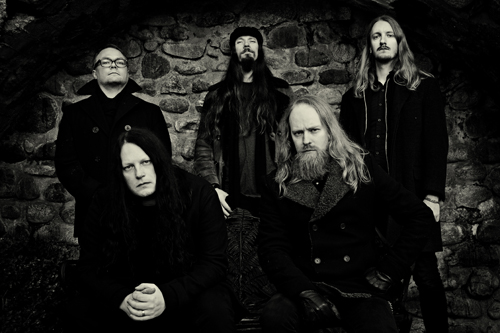 With a tenth album that redefines everything they’ve done before, Katatonia seems to be in a sort of state of grace, mainly due to the high quality. So, here’s a good chance to have a chat with the band, talking about the last album and much more. This is Daniel Moilanen, the drummer. (qui in Italiano)

MH: Hello from Metalhead.it! Let’s go straight to the core: your 10th album, “The Fall Of Hearts” is a good candidate to become an essential album of your discographty. The final result is fresh and very new, even after several spins… was it your target from the beginning to make it sound like this?
DM: Hello and thank you for your words. Even more straight to the core I would say that “The Fall of Hearts” already is an essential album of our discography. If you mean the target being an album with a fresh and new aura I’d say that certainly was the target. But the sound itself wasn’t as intentional. Katatonia’s progression from “Dead End Kings” into “The Fall Of Hearts” was as natural as the progression from “Brave Murder Day” into “Discouraged Ones” and it’s even more apparent if looking at the “Dethroned & Uncrowned” and “Sanctitude”.

MH: Many, comparing the new album with “Dance Of December Souls”, might be disappointed given the very marked style difference… But I believe, as I said on my review, that all your releases are somehow part of grand scheme of things, some kind of human emotions compendium…
DM: A very insightful comment, thank you. I’ve never seen Katatonia as a band defined by genres but rather a band defining genres. Maybe when I look back on when I first heard “Dance of December Souls” I saw Katatonia as some sort of black metal but looking back today I see the band always having been the dark progressive rock act we are today. Everything changes with the years… instrumental proficiency, inspiration, time, age. All this leads to different takes on music, lyrics and maybe genres but as I said, I’ve only ever seen a natural progression still containing the essence of the band. There is a huge difference between the first album and the latest but if you delve into the lyrics, moods and emotions of the sound the differences become more superficial. And with the recurring themes in regards to moods and emotions there sure is a compendium being built. A black book of sorts. Anything great is built upon sorrow.

MH: Well, if we wanted to compare your albums to human emotions, what emotions would be connected to the new release?
DM: Falling back on my own interpretations of “The Fall of Hearts” I always end up focusing on loss and death. I’ve noticed many people getting a more hopeful vibe from this album. Maybe it’s the riffs, maybe it’s the lyrics, I couldn’t say. But I don’t necessarily think that they’re wrong, how could I? I think that the dark sides of human emotion that Katatonia has dealt with in the past are maybe approached in a more nuanced way today but I myself see nothing resembling hope in this album. Maybe that’s just me.

MH: Still talking about the last album, I’d dare to say that “The Fall of Hearts” is your Rock album… long shot?
DM: Not a long shot at all. As much as I think that all the Katatonia albums are “rock” albums with different musical approaches I see your point. This is maybe the least “metal” sounding album the band has ever made, even including the “non-metal” albums. But at the same time this is the album most inclusive of the typical “metal” details of the rock spectra with fast double kicks, punishing guitar leads, intricate riffing and so on. Extreme rock, perhaps.

MH: I’ve had the luck to see you live in 2006, “The Great Cold Distance” tour. That night Jonas wore a Tool hoodie. I remember this details for two reasons, one if that I love the american band, but also because I always found some kind of similar sounds between the two bands. Am I wrong or are you aware of this parallelism?
DM: We are very much aware. In some cases it’s an apparent influence in riffing while in other cases it’s about approaching song structures and rhythms. Tool has always been interesting in that casual way in which they’re playing around with floating time signatures and displaced rhythmic and melodic ostinatos. Obviously something to be influenced by but impossible to recreate by any other means than mere mimicking. Just as Katatonia, perhaps.

MH: Many fans are hoping about a return to the origins, maybe with growl singing and other stuff of the like; on the other hands, other fans -such as myself- are thinking that extreme music doesn’t mean extreme sounds, I mean that somehow you still create extreme music… What do you think about?
DM: I agree. Extreme music is not extreme just by being extra heavy or extra fast with an extremely distorted sound. Of course, most of the albums I view as extreme are metal albums as I come from that background. But I also view some minimal ambient being as extreme as Japanoise which in turn could be as extreme as some really dark country singers. It’s not all about the sound or the musical genre and it’s not a competition.

MH: I’ve seen you joined the Record Store Day in 2014, with a vinyl full of rarities and b-sides… What do you think about these “music-days”? Do you still believe in the physical support? It seems that you still stick to the vinyl, since you seem to always offer a 33rpm version of your works…
DM: I personally believe very strongly in the physical medium but am still very digital. Nearly all of my music at the moment is consumed digitally but I still purchase physical releases on a weekly basis. I also support artists by buying digital releases instead of illegally downloading the files and of course I’m on Spotify daily. Nothing in this is contradictory even if people would like to think so. In regards to the Record Store Day kinds of initiatives.. well, it’s a good thought, or was initially. But when the smaller labels are being pushed aside at the pressing plants due to major labels printing re-issues of albums you still find in the dollar bin but “now on 180g vinyl with liner notes by this guy”. To each his own I guess but I’d rather have that exposure on a local indie rock band than on the soundtrack to Clueless. I’d still want that soundtrack to be released, just on another day.

MH: Change of topic. Different projects such as My Dying Bride (Evinta project) and Anathema (“A Sort Of Homecoming” gig) and your “Sanctitude”, do you think that you can push yourself further ahead, maybe with a real orchestra?
DM: I think we could. I’d love to do a “Sanctitude” kind of project again but with maybe a different approach. This fall we’re doing two special shows playing the whole of “The Great Cold Distance” due to its 10th anniversary and the first of these will be with the Plovdiv Philharmonic Orchestra. Not the kind of setting I think you’re implying but it’s still a different take on an album of that magnitude and sound. I’d love to work with an orchestra again but not in that kind of way. Our sound is sufficiently multifaceted to work in different musical settings but I don’t believe in making the same projects over and over again. 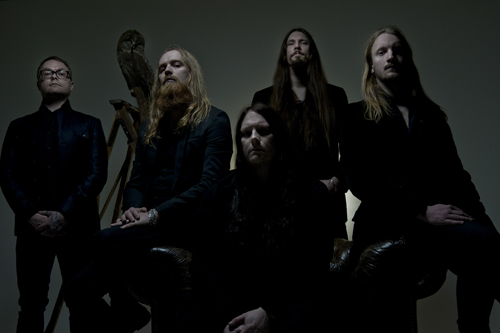 MH: Well, since we talked about these projects, can you tell me more about “Dethroned And Uncrowned”? Why such a singular choice?
DM: When speaking of multifaceted sounds “Dead End Kings” was obviously very much that no matter how one-dimensional you might find the album itself. The album was built on such a fine ground so to only keep that hidden under the heavy structure that “Dead End Kings” is would be short-sighted. Apparently the whole album was more than just one whole album. It takes a special sort of people with special talents in songwriting to realize that, I think.

MH: Do you listen to music in your daily life? If so, what genres?
DM: I listen to music daily. In periods like the one we’re in now, with rehearsing for shows and upcoming tours, there’s obviously much Katatonia in my ears. Other than that it varies a lot. I enjoy classical and choral music, modern jazz and so called “extreme music” but these days it’s mostly just Paramore. And Katatonia.

MH: Do you think your very beautiful country has influenced your songwriting?
DM: In a way yes. If you look at the works of Swedish composers like Alfvén, Stenhammar and Olsson and compare it to modern music ranging everywhere from Landberk, Dissection to Adolphson-Falk it’s apparent that there is something in the sound that is native to this country and its nature. Of course the whole music scene is in itself greatly “in debt” to all the municipal music schools and youth centers we had the pleasure of being able to take part of during our youth. But the songwriting, I guess that comes from something in the fjords.

MH: Ok, we are ending this. Thanks for your kindness. Let’s hope to have you in Italy again. Please end this as you prefer…
DM: Thank you for a very insightful and interesting interview! And yes, we will be visiting Italy again in October. Hope to see all of you Italian fans in front row. Find a way to stagedive. “Chi comanda al racconto non è la voce: è l’orecchio”. (Daniel says this in Italian, editor’s note)