MONTAGE, “…it feels pretty natural for us to combine these bits and pieces from different genres” 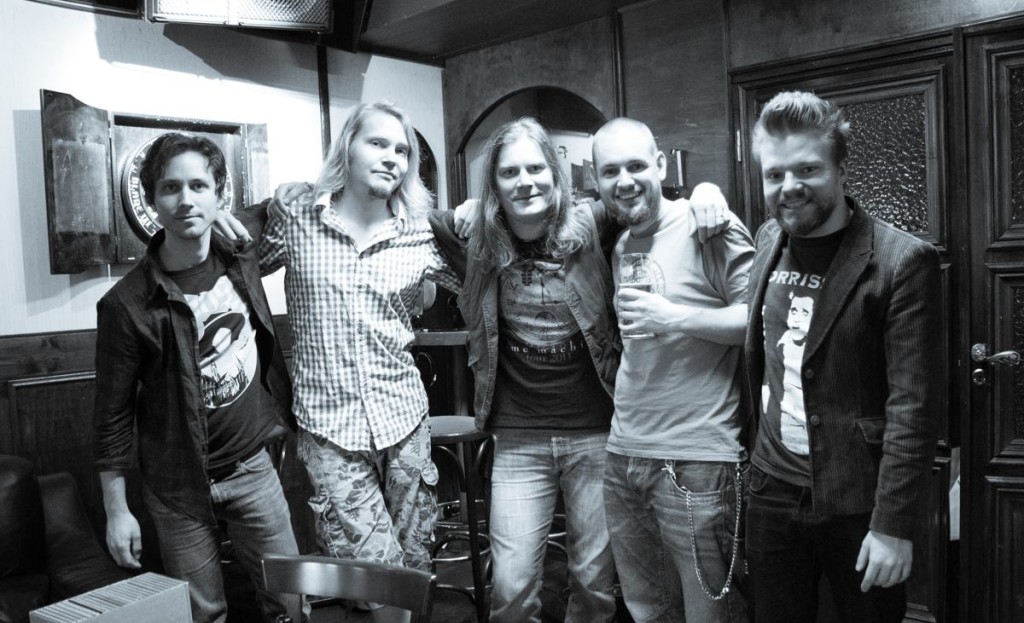 Montage recently released a self titled debut album, but they already show a certain songwriting maturity, giving them a certain importance in the international prog scene. I had the pleasure to talk to Roni Seppänen, guitarist and main composer in the band. (Versione Italiana)


Hi! To start, I want to congratulate with you all for your album. I found it extremely mature and variegated, and it is just your debut. How are sales going so far?

Thank you! We really don’t know about the sales yet, but the feedback we’ve received has been quite nice. And of course it has been a lot of fun performing the songs live.

Even though you formed recently, in 2011, some of you have been on the scene for some 15 years; did this influence the songwriting or did you play other music genres?

We all play and listen to all kinds of music, so it feels pretty natural for us to combine these bits and pieces from different genres. At least it keeps things intriguing. Even though Montage was formed only a few years ago, we’ve known each other for quite a long time and we have this history of playing all kinds of stuff from indie-folk to pop rock and heavy metal together. I think the fact that we’ve been doing this for so long has made us much more focused as a band this time around.

How does a song of yours get to life? Do you meet at rehearsal and work around a draft, or do you go there with an almost complete version?

I usually come up with some kind of a instrumental demo and then we start tweaking it at our rehearsal place. We all participate in arranging the song. Whenever I write something new, I try not to overanalyze things and just follow my instincts. I’m always happy if I can come up with something that I haven’t done before. To me that’s always the best reward.

What about lyrics? What’s your inspiration?

A lot of the songs in the album deal with these 1960s hippie-influenced themes. It’s not something we planned in advance or something we desperately want to identify ourselves with. It just happened. For example, ”Strawberry Skies” is about the different shades of the hippie movement in that era and ”Reborn Identity” has this poetic nonsense beatnik feel to it.

I loved the whole album but I was impressed by the last song, “Strawberry Skies”, featuring a folk oriented sound, something that influences the whole work, but that on this song is clearer; In next future, do you think to deeper explore this side?

Yes, definitely. I think being such an eclectic song ”Strawberry Skies” gives you the best idea of Montage’s music. It is actually the oldest song in our live set and in the album, so in some way it might have even influenced the rest of the songs. I think our next album will be more melodic and maybe just a bit less guitar-driven, so there might be more space to explore the folkish side of things.

I know you’re doing some gigs in Finland and neighbour countries: how is it going? Do you plan a wider tour, maybe to Italy too?

We took a bit of a risk and played a few gigs in places where you don’t usually find a lot of hard rock fans, but luckily those shows went very well and we received very positive feedback. We are planning to do a few shows around Europe probably later this year as well as in 2015. I know from experience that the crowds in Italy are great, so it would be amazing to play a few shows there as well!

Thanks a lot for your time. Please close this with a message to your fans and METALHEAD.IT readers.

We’d like to thank everyone who has taken time off to check us out. Hope to see you guys soon!