YAYLA, “Beauty is in the eye of the beholder, and one can only see the reflections of the things within” 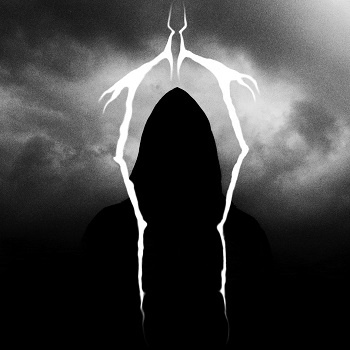 Congratulations on your new album. It’s simply fantastic, pure devastating black metal.
Thank you very much for the kind words. I believe that it is you who is able to see the fantasticality in it. Beauty is in the eye of the beholder, and one can only see the reflections of the things within. To me, any and all goodness you find in any glimmer of anything in this forsaken existence is a show of your own connection to ascendance.

To tell you the truth, I didn’t know your music before, but I saw you released four albums since 2011. Can you tell me something more about your previous works?
I have always been making art. Since I was 6 years old, I have been deep into making and experiencing art. Back when I was a child, I started drawing, then watercolor painting. Then I had a period where I was writing fiction. Strange fiction stories which included elements of what is considered to be magic realism. Then I started making video art and short narrative videos. After that I started making music, at the same time getting into cinema and photography. I recently decided to release some of my work which I believe represents some of my better creations although my art is continually evolving. Yayla is a project that is very slowly building itself. In the albums that you are talking about I have been using what is considered to be metal and ambient music to create certain things, but it might change in the future.

Can you tell me what does “Nihaihayat” mean?
The names of the last three metal albums by Yayla are that of the compound nature. The linguistic translations of these conjoined words, which become names of albums that form a trilogy are,

The cover of the album looks like a vision. I guess there’s some concept behind that picture.
I would agree with you on that there is a concept behind it. But I am speaking as someone who experiences that concept as a beholder just as you. I as the person who is considered the creator of the work choose to hold my own interpretation back from the public. I apologize for not sharing it here, but the reason I am doing this is because I encourage people to make up their own ideas of what they see. I don’t want to take away neither the first, nor the developing impression you have when you experience an art piece. There’s something magical about how our individual beings conjure up an attachment of what they’re seeing and this experience is at its most fresh or unadulterated form when that art piece is first observed. I don’t want to poison that realization with my impressions.

How are requests for the album on Bandcamp going? It’s a simple system; bringing music written by a musician to a wide public.
Nihaihayat won’t be posted there until the 21st of January. I find it to be a convenient service, however maintaining accounts in these external hosts is not my favorite activity. Merdumgiriz manages tall of the accounts which allows me to spend more time being creative. We use this tool to embed our music on Yayla‘s official album pages and I would encourage people to do so on other places. I do not know much about what goes on inside it because as I said, it is not me who manages the exterior stuff. 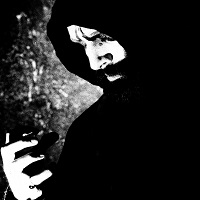 Merdumgiriz is your record label, if I got it right. Have you got any other projects for it?
Merdumgiriz is the name of the label and the alias of the person who manages it. In the start, I did not think of this label for putting out anyone else’s but my own work. It is not only a record label, but an outlet for any art that I see fit. I sell my photographs there, and as time passes by, we will try to find ways of releasing art in other mediums like my literary works and moving images. Other than me, we have a deceased War Veterans take on war photography which I have posthumously restored from his Kodachrome transparencies and edited. A certain artist called Ken Muslimovic whose Neverdays project really struck me is also on our roster. He composes some of the most beautiful acoustic music ever made in my opinion. He also has an electronic music project called Wavefunction Collapse which we also agreed to release. We may take certain artists in, and let them propose further projects to be released on us, but it is the crossroad of my and Merdumgiriz’ tastes that decides whether they get to be released under the name or not.

There are two ambient tracks in the album. How do you fit this genre into another one, like black metal? Does it add something? Has it a special role or function?
To explain the first question regarding what I think of it as different genres, I think I make two different kinds of work. Their difference is very hard for me to put into words, but one consists of projects like Yayla, Fear Through Eternity, Sigilphosphorescence, In Necormansaverseance and all those projects have directed me to compose work which is formally very inspired by ambient and black metal music and fantasy art. The other side of the coin is works like Turkish Landscape and Suffering, ADANA; GOTCTIWKM, my upcoming film and upcoming band that are aesthetically more inspired by impressionistic, low-fi art and rock, electronic music. There are no definitive terms and I believe nothing can be understood, therefore explained, so these definitions are only representations darkly of the two vague currents that I believe my art is presently able to flow through. Yayla falls into this first stream, so everything that I do within it is essentially the same to me. The second and third questions regarding if the formal variety adds something, I would have to say that I used different ways of formal approach to amplify a certain idea similar to how other artist’s works which have both genres amplify the same thing for me. But this attempted explanation is for the most shallow of the formal quality and I do not want to go deeper than that otherwise I think I would start to explain my own interpretation of the music and as I’ve said before I aim to let the listener come up with their own understanding of my art.

What does “Yayla” mean?
It means high plateau in Turkish language.

You are Turkish; do you live in your country? The label indicates it is in Canada, from Montreal. If you live in Turkey, can you describe how life is over there? Also give us a clue about how your people see Europe. If you live in Canada, can you tell me how it is there, do you like it there, and is there any Turkish community?
Yes I am Turkish. I do live in my country Turkey, in which I hold my only citizenship. I also live in Canada as well. I have not yet completely settled in a country, and not sure if and when I ever will. I would call life in Turkey as opposed to Canada to be adhesive and contentious but warmer and more mentally down to earth. How people in Turkey see Europe is probably how people who rule the world want Turkish people to see Europe. Something that I am unable and unwilling to comprehend, but I get the impression that no one I know feels any connection to neither Europe nor the Middle East. Turkey is its own thing: its like a Pink Floyd song. Canada is safe and relaxed, but it is too empty and sterile in many aspects, which gives way to mental unease. I do not like living anywhere that I have experienced in my life so far. One place is just as bad as another. But some places are even worse. I do have Turkish friends in Canada but I’m unaware of a Turkish community. Its not something I would willingly go out of my way to find. After all, I find that experiencing everyday life impacted by many cultural influences is somewhat a gift to creative life. Living in two countries is good in the sense that there is always forsaking, bad in the sense that forsaking always is.

Thanks for this interview. Feel free to tell me a few more things about Yayla for the readers of Metalhead.it.
I would like to thank you Alberto for the interview. We are going to be able to release my film Fear Through Eternity which has a soundtrack by Yayla in a couple of months time. Yayla will be releasing a new metal album in a couple of months which will be very different from what I have been doing with the project so far. Other than Yayla I am starting a new band along with this new film that I am working on which is a feature length narrative. As much as I compose art and music to satisfy my own creative desire it is always a great gift to learn that there are others who appreciate my effort. I wish that everyone who experiences my artwork finds something unique in their interpretation of what I do.

Thanks to Luca Zakk for his work