SILENT VOICES (HENRIK KLINGENBERG), “I try to learn new stuff and come up with new ways of doing things all the time” 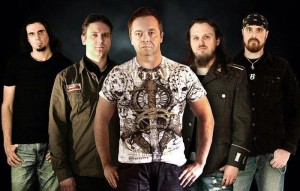 The release of the new album of the prog metal band SILENT VOICES is a good chance to talk with Henrik Klingenberg, also involved as keyboardist in Sonata Arctica. Let’s discover something more about this dynamic artist!

Hi Henrik, and thank you very much for this interview! So, are you not bored of people calling Silent Voices ‘the OTHER band of Henrik of Sonata Arctica’?

Henrik: Haha, not really as long as they check us out, I don’t care what the reasoning behind it is.

There is also another side of this question… You’re involved in so many musical projects and Silent Voices are only one among them: Sonata Arctica are not enough for you?

Henrik: I tend to bore easily and I can’t think of a single band or a single style of music that would be enough for me. I’m lucky to be in the position where I can do other things besides my main job. As a musician I feel that it’s important to do different thing in order to learn new things.

The last question with reference to Sonata Arctica: are you satisfied about your role in the band? Can you express yourself at your best?

Henrik: Yeah, I’m very satisfied with my role in the band and I feel that to some degree I can express myself but naturally all the styles I play and all the stuff I want to do can’t fit into Sonata Arctica or any other band for that matter.

Ok, let’s talk about “Reveal the Change” now! I’m very impressed of the final result. How would you describe this album?

Henrik: This album took a long time to make since we all have other commitments as well so we did it in short pieces over a few years. Nevertheless I’m of course very happy with how it turned out and it was really nice to work with different singers and hear them bring out music to life.

The songs I prefer are “The Fear of Emptiness” and “Black Water”… can I know something more about them?

Henrik: The Fear of Emptiness is one of the longer ones and it was quite a challenge to make it interesting enough to last for the entire song. We did some cool solos in there and it’s also the only song that our new vocalist Teemu is singing on…of course he wasn’t in the band when we recorded the album otherwise he would have done all the songs.

Since we started out as an instrumental band we also wanted to show that side of ourselves on this album, that’s why we decided to write Black Water. I think it turned out great and it’s a bit different from your typical instrumental song in my opinion. It’s probably the most ”back to the roots” song on this album as well.

Four different singers are guests on the album… I would like to know how it was to cooperate with them and especially with Mike DiMeo, one of my all-time favourites metal voices!

Henrik: It was really easy in fact. We wrote and recorded the music and then we sent the singers the tracks with some demo vocals laid down and the lyric sheet. A bit later we got their track and it was really exciting to put them into the project and hear what they’ve came up with.

And what about your playing style? Do you have specific models? Is there a keyboard player you especially admire?

Henrik: I think my style is a mix of all kinds of thing, I try to learn new stuff and come up with new ways of doing things all the time. The keyboards I use the most are Korg M3, Korg SV-1, Roland Fantom XR and a Roland JV-2080 but I have a whole bunch of stuff and I try to choose the right instrument for any given job. The keyboard players that influenced me the most are probably Jon Lord (Deep Purple) and Kevin Moore, Derek Sherinian & Jordan Rudess (Dream Theater)…and of course I’ve also listened a lot to Jens Johansson, especially his solo albums are reall great. There are so many other musicians that influenced me as well but that list would take forever so we’ll leave that to another time.

What can we expect now from the band? What are your future plans?

Henrik: We’ve been trying to fit in some live shows but it’s really hard since Pasi & I are so busy with Sonata Arctica and everything that goes with it. At the moment we’re working on new music as well and there’s a video of one of the songs on the album that will be ready soon….so despite not being on stage for the moment we have a lot of new and exciting things coming our way.

I leave you as usual the end of the interview… I hope you’d like to greet the Italian readers! Thank you again and see you soon!

Henrik: Unfortunately we haven’t yet been able to come to Italy with Silent Voices but from my visits with Sonata Arctica I know that fans are loud and very supportive in Italy so I look forward to play for you guys again, whichever band it will be with. Cheers & Beers, Henkka !!